“Ulap” literally translates to “cloud” in English, and Mount Ulap in Benguet was named such because of the clouds that envelop its peaks at certain times of the day.

At 1846 MASL, the trails of Mt. Ulap were friendly to newbies and the not-so-hardcore hikers like myself. But despite being a walk in the park, one would be treated to amazing sceneries all throughout the hike.

I did an Ampucao-Santa Fe traverse day hike of Mt. Ulap together with three of my friends last December. We joined a hiking event that we found on Facebook, organized by someone from Laguna.

We were all 34 (or was it 32?) participants in total, and we were made to fit in three modified vans. Our red van, by the way, was the smallest, the oldest model, and the least pleasing to the eyes among the 3.

The excitement of going up Mt. Ulap made us able to bear the cramps and the lower back ache we experienced during the ride going to Ampucao.

We arrived there early, around 5am, but the registration area was already full of tourists. The queue reminded me of morning lines at the LRT when I was in college, although this one moved a little faster.

We were assigned 4 local guides, with ages that ranged from 11 to 16. One would lead, another would sweep, and the two others would be in between.

A number of those I met in our group were first-timers, and as newbies, they couldn’t keep up with the pace of the experienced ones. As a result, those that could hike fast (and that included the organizer), reached the Gungal Rock (perhaps the most famous part of Mt. Ulap) ahead of those that were slow (me included).

Because of the number of hikers that wanted to have their pictures taken at the Gungal especially on weekends, groups had to get listed for their turn. There was a “guard” that would write in his list the group leader’s name as well as the number of group members for queueing.

Sadly, our leader only counted the ones that were with him at that time. When we, the slow ones, reached the Gungal, it was already the fast ones’turn for picture taking. while we still had to get listed.

The organizer told me that only the ones present could get counted for the list, and being someone who respects rules and tries to follow them, I easily understood.

Anyway, we (who labeled ourselves the “sweeper team”) waited for 3 hours for our turn. By that time, the fog was already thick which was not good because you wouldn’t be able to capture the scenery.

But we still had our pics taken. Three hours is too long a wait to just leave because of the fog.

Despite failing to capture the what-could-have-been-beautiful backdrop (all our photos had white background), the experience was fun because members of the “sweeper team” were fun to be with and mostly kind and friendly.

And then we headed for the summit, expecting the organizer and the “faster” members of the team to be there for a re-group. To our surprise, however, they were not in sight.

They obviously went on to finish the hike without almost half of the group.

It was just a minor disappointment, though. We had three of the kid guides with us so we wouldn’t get lost.

Finishing the hike, however, was a different story.

The organizer and majority of those that finished first were already drinking at the Santa Fe jump-off when we got there. To top it off, some of them badmouthed some from the “sweepers” and even prevented them from washing up saying we have caused so much delay and we should already be going back to Manila.

While my 3 friends and I were able to take a bath (water was ice cold in the only available bathroom that time, btw), majority of the sweepers just changed their shirts and wiped their bodies inside the van. They had been shamed for being slow.

And that badmouthing didn’t stop in Santa Fe. It went on via the event’s group chat on Facebook from Baguio (where we stopped for dinner) to Cubao.

The older females in the group were mad because they waited 3 hours for us in Santa Fe.

We were slow, alright, and finished the hike 3 hours behind them due to the long wait at the Gungal Rock, but hey, we were still following the itinerary.

The sweepers, who were mostly in the same red van with us, were just quiet. But we were sad for 4 of the sweepers who were in the same van with the women who were ranting in the group chat.

I was sure that was the longest 5-hour van ride of their lives.

Some of the sweepers, meanwhile, couldn’t just read the rants and keep quiet for so long. The following day, they started defending our side. But it was fruitless.

And I must confess. It was the worst hiking event I ever joined.

Mt. Ulap in itself was one heck of a beauty. But it was half of the people I hiked with that was the problem.

Post Views: 3,955
Tags BenguetMt. Ulap
Next Destined To Be Yours fails to beat My Dear Heart, according to Kantar Media
Prev Hello world! 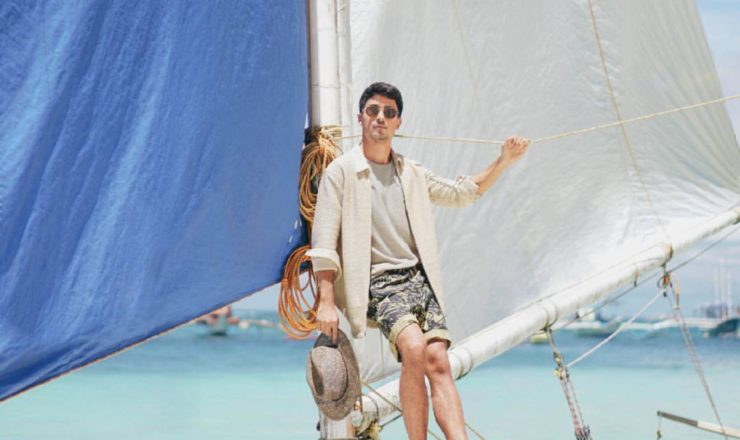