Seeing Paolo Santos again on television brought me back to the days when I enrolled in a guitar course because acoustic music was the fad. Well, I didn’t become an expert on playing guitars, but my admiration for acoustic music never faded.

It’s just a little disappointing, however, that Santos didn’t sing something from the genre that he was famous for. Instead, he did the upbeat Michael Jackson song, Rock With You.

He was nervous from the beginning of his performance up to the end. I really wished he sang something he could sing even while sleeping. I thought he would have done better with that even when nervous.

During the interview after the performance, host Vice Ganda asked him to sing a block from his hit, Moonlight Over Paris. He barely hit the notes. I wondered if he was still nervous, or his vocal chords was not in the best condition that time. He over rehearsed, perhaps?

Well, whatever the reason was, I’m still a fan. 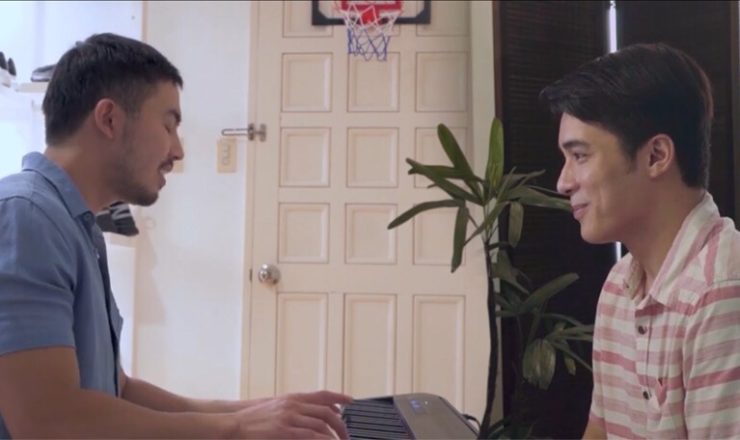